Where the Grass is Greener (Seeds of Tyrone #2) 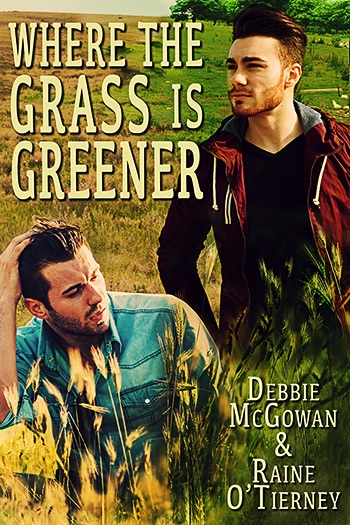 Mistakes were made, that's for sure. But was it the night of passion? Or walking away afterward?

That's the question Seamus Williams must face when he gets a late night phone call from someone he never expects to hear from again.

Chancey Bo Clearwater is a cowboy through and through. He spends his days finding work on whatever ranch will take him and his nights at the pool hall. He's always done what needed doing and never thought much about what he wanted. 'Til that drunken night with Seamus.

A world of problems now stand between Seamus and Chancey exploring what might have been, the least of which being the Atlantic Ocean. On one side there's Chancey's daughter who mood swings from angel to demon in two seconds flat; on the other there's the new lodger, hogging Shay's telly and his cornflakes, and making private Skype time hard to come by.

Is this relationship doomed before it ever begins? Or can a surprise announcement from Seamus's brother be enough to help the two find their second chance?

Where the Grass is Greener is book two of the Seeds of Tyrone Series, but can be read independently of the first novel.

The Seeds of Tyrone series:
Leaving Flowers (Book One)
Where the Grass is Greener (Book Two)
Christmas Craic and Mistletoe (Book Three)