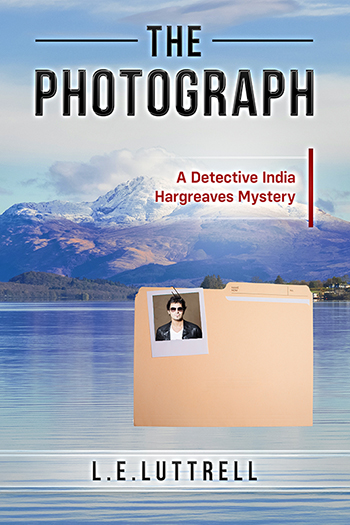 In a quiet Sydney suburb, soon-to-be-married Sonny Day sets off on his bike to catch the train to work. He never makes it to the station. After his fiancée Chrys reports him missing, DI India Hargreaves launches a low-key investigation.

Weeks later, a man’s body is found, mutilated and buried, on a nearby building site, but it’s not Sonny, and with no solid leads, both investigations stall…until a letter arrives from Sonny, claiming he’s met someone else.

Chrys insists Sonny wrote it under duress. She convinces India to investigate further, beginning with the photograph that came with the letter and ending in Scotland and the discovery of more mysterious deaths. But two questions remain unanswered.

Whose body was buried on the building site? And where is Sonny Day?

L.E. Luttrell was born in Sydney, Australia and spent the first twenty-one years of her life there before moving to the UK. After working in publishing (in the UK) for a few years she went on to study and trained as a teacher. Since the nineties, she spent many years working in secondary education, although she’s also had numerous other part-time jobs. A frustrated architect/builder, L.E. Luttrell has spent much of her adult life moving house and wielding various tools while renovating... Read More