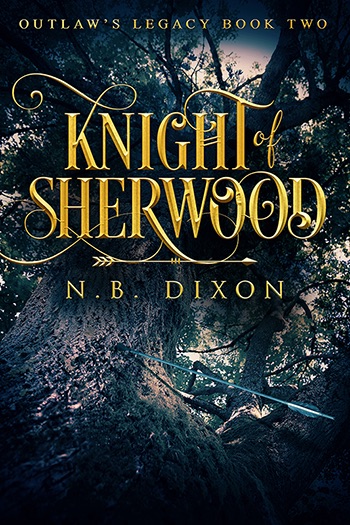 Robin returns to England after four years fighting in the Holy Land. On arriving at Locksley, he discovers that Guy of Gisborne, his most hated enemy, has been made Sheriff of Nottingham. Forced to flee into Sherwood, Robin sets himself up as champion of the poor.

But Robin has a secret. His feelings for his friend Will Scathelock have deepened, but to acknowledge the truth would mean facing up to his past. Meanwhile, Lady Marian Fitzwalter, heiress to the vast Huntingdon estate, is determined to claim Robin for her own.

I've made up stories since I was a child. I loved to take characters from my favourite books or television programs and make up stories about them or continue existing stories. In fact, if I had ever published them, I'd be in flagrant breach of copyright. My parents gave me books as soon as I was able to hold one and so my love of literature was born. I've always had a taste for the dramatic, so Historical Fiction was perfect. It also means I get to indulge my love of Folklore and... Read More

Other Publications by N.B. Dixon: