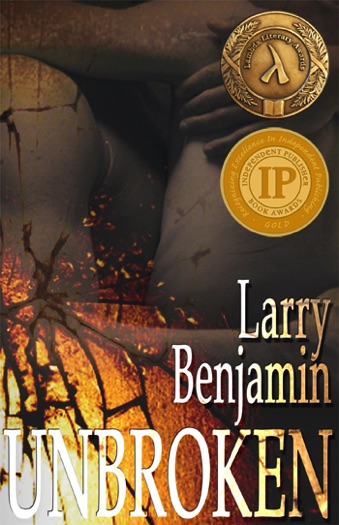 Unbroken is a finalist in the 26th Lambda Literary Award (winners announced June 2014).

My parents, unable to change me, had instead, silenced me. When they'd stilled my hands, they'd taken my words, made me lower my voice to a whisper. Later, I remained silent in defense, refusing to acknowledge the hateful words: Brainiac. Sissy. Antiman. Faggot.


Lincoln de Chabert's life is pretty unremarkable until he comes home from kindergarten and announces he will marry his best friend, Orlando, when he grows up.

His parents spring into immediate action, determined to fix him, igniting an epic battle of wills as Lincoln is determined to remain himself, and marry whom he chooses, at all costs.

Bronx-born wordsmith, Larry Benjamin considers himself less a writer than an artist whose chosen medium is the written word rather than clay or paint or bronze. He is the author of three previous novels: The Sun, The Earth & The Moon, In His Eyes, and Unbroken. He is also the author of the allegorical novella Vampire Rising. He lives in Philadelphia with his husband and two rescue dogs named Atticus and Gatsby.... Read More

Other Publications by Larry Benjamin: