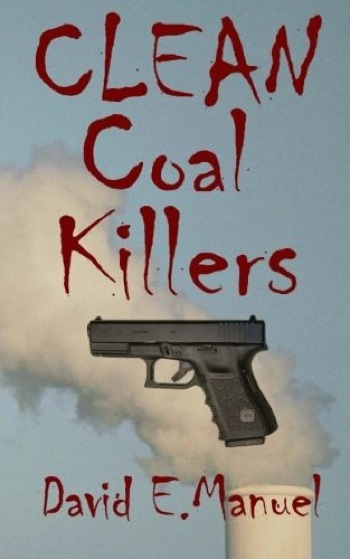 When terrorists threaten the U.S. power grid, it's time to send in Richard Paladin, America's top Environmental Protection Agent. At least, that's how Paladin's new boss, Frank, describes the assignment. But when Paladin starts digging through the personnel files at a Pennsylvania coal-fired power plant, he finds a lot more than the EPA bargained for—like a partner who's not playing straight with him, a security guard who appears more spook than goon, a stripper who's a little too interested in him, and an old flame he knows is a professional agent. And even though someone really is leaking security information about the plant, his fellow government thugs are more concerned with something else, something that smells a whole lot like corruption on a congressional scale. But Paladin's in Pennsylvania to do a job, and despite the distractions of temptresses and thugs, he damned sure plans to find the leak—and plug it.

DAVID E. MANUEL grew up in Houston, Texas and attended the University of Houston, receiving degrees in history and political science. After college, he worked for a few years in the corporate office of an offshore drilling company. In the mid-1980s he moved to the Washington DC area and took a job with the U.S. Government, where he still works. David lives in Northern Virginia with his wife, Susan C. Sanderson, a free-lance writer, and their English Shepherd, Falco, who, as far as we know... Read More

Other Publications by David E. Manuel: