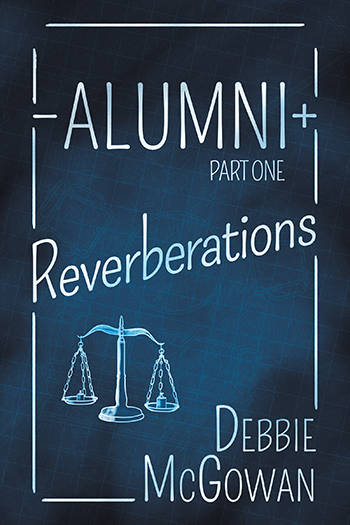 Mysterious happenings are mounting up for Josh, Sean and their estranged alumni.

Despite two decades of friendship and their grand plans to open a private psychotherapy centre, neither man confides in the other. That is, until news reaches them both, via different avenues, that their experiences are but part of a bizarre cluster of unexplained phenomena, for which there is only one common denominator.

Whether real or the product of overwrought imaginations, they must lay to rest the spectre of a once-beloved friend…or admit defeat and crawl back under the safe, weighty stones of the jobs and relationships they’ve left behind.

Alumni: Reverberations is part one of a two-part story; the second part, released simultaneously, is Alumni: Resolutions. Also available in one volume under the title Reverberations.