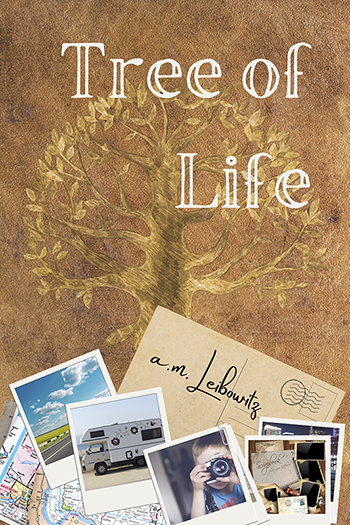 Luke works a job he hates and shares a dirty, small apartment with his roommate, barely making ends meet and envying the successes of his friends. When they all return for a wedding, Luke comes face to face with one of the people he left behind when he took off. Instead of the bitterness Luke expects, Connor invites him on a forty-day, cross-country trip.

They travel the length of route I-90, following the last journey Connor’s father made from Boston to Seattle, recorded in a nearly incoherent memoir. The two of them meet hitchhikers, stowaways, and a collage of people all willing to help uncover the secrets of who Connor’s father was. Along the way, Luke’s hidden past catches up with him when it collides with Connor’s present. With the help of friends and strangers, both of them must learn what home and family mean before Luke runs away again.

A.M. Leibowitz is a queer spouse, parent, feminist, and book-lover falling somewhere on the Geek-Nerd Spectrum. They keep warm through the long, cold western New York winters by writing about life, relationships, hope, and happy-for-now endings. Their published fiction includes several novels as well as a number of short works, and their stories have been included in anthologies from Supposed Crimes, Witty Bard, and Mischief Corner Books. In between noveling and editing, they blog... Read More

Other Publications by A.M. Leibowitz: