Don't You Want Me 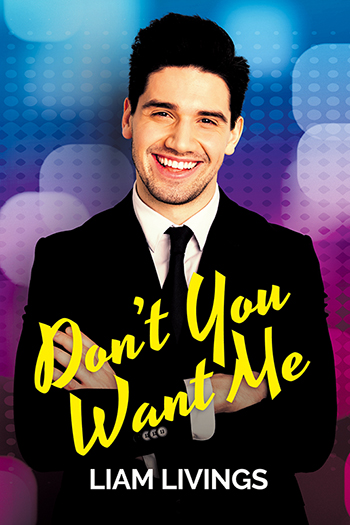 Tony
Looking for love in all the wrong places. Toe-curling, guilt-laden sex with ‘married men seeking discreet fun’. Why doesn’t anyone want a social worker by day, drag queen by night and a Human League fan all day long?

He deletes the hook-up apps, swears off men. Mentoring Nick, they move beyond friendship. Forced to share a hotel room, Nick’s mixed signals point towards one conclusion. (Hint: it’s well beyond professional.)

Nick
Recently single, he’s trying to work out who he is without his ex-boyfriend, who told Nick he’s too this, not enough that, being gay in the wrong way.

His career gives him purpose, direction. Yet he wants more from Tony than an employee should from his boss. After their passionate night, he needs more than friendship—f**k buddies…or forever boyfriends. (Hint: it’s well beyond physical.) Except Tony’s sworn off men…

Don’t You Want Me is a friends-to-lovers, forced-proximity, boss/employee gay romance featuring more emotional baggage than allowed by most airlines, lots of kissing and more, plus a guaranteed happy ever after.