Embracing My Shadow: Growing up lesbian in Nigeria 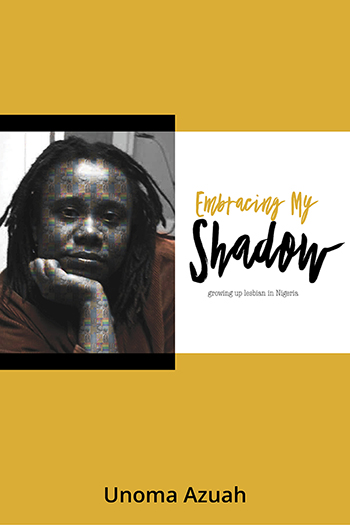 Embracing My Shadow traces Unoma Azuah’s challenging growth as a lesbian in Nigeria and how she navigated the paths of abuse, ethnic discrimination and homophobia in a hyper-religious and patriarchal Nigerian society. The struggles that dominated her growth as a girl with a nonstandard sexual orientation were further aggravated by the problems that came with being born of parents from two enemy camps. Her father was a Nigerian soldier, while her mother was an Igbo woman from defunct Biafra. Her parents’ romance was discreet. However, their situation became complicated when her father kidnapped her mother and her family as the Nigerian-Biafra war raged on.

Despite striving and succeeding as a college student, Unoma’s sexuality remained the shadow that continued to haunt her, especially as she was forced to undergo a series of Christian deliverances to exorcise her of the homosexuality demon. These issues defined her formative years, and escaping her trauma became a mission.

Embracing My Shadow, being the first Nigerian lesbian memoir, fills a crucial gap. It is a story of a real life experience, and it affirms the conflicts and voices of LGBTQI Nigerians who have been constantly told that their sexual orientation is un-African.

Praise for Embracing My Shadow:

“The long-awaited memoir from the acclaimed writer and LGBT activist Unoma Azuah is finally here, and it does not disappoint. Azuah’s lucid and poignant prose makes achingly palpable the vicissitudes of anger, love, pain, and heartbreak she experiences growing up as a lesbian in Nigeria. She writes with tenderness and humor and joins the ranks of writers like Chike Frankie Edozien and Binyavanga Wainaina whose memoirs highlight the complex lives and humanity of queer Africans.”
– Lindsey Green-Simms, American University


“Mesmeric, moving and powerful. Embracing My Shadow is not just a personal narrative, Unoma has also written a manifesto for love, freedom, and bravery. This book is history on its own – and this will touch lives.”
– David Ishaya Osu, University of Kent

Unoma Azuah teaches writing at Wiregrass Georgia Technical College, Valdosta, GA. Her research and activism focus on Lesbian, Gay, Bisexual and Transgender (LGBT) rights in Nigeria, and her recent book project is Blessed Body: Secret Lives of the Nigerian LGBT. Some of her writing awards include the Aidoo-Synder book award, Spectrum book award and the Hellman/Hammet award.... Read More