Three: A Tale of the Bookseller's Children 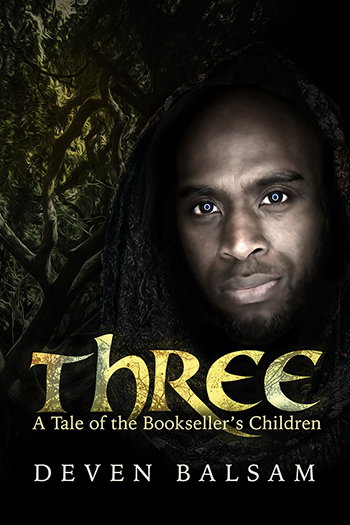 An elven pastor draws close to his much-awaited retirement. His human apprentice seems eager enough to take the reins, unburdened by the prejudice the sleepy river-town of Delster is capable of producing. Bear Kieren is a patient man, but he longs for the day when coddling and comforting humans is no longer his concern - until his goddess, the mighty mountain queen, Huil, rumbles to life during a late-winter storm, and Bear begins to suspect there's evil poisoning Her roots.

Now villagers have gone missing, including Bear's own son and beloved niece. With the help of his warrior sister, his best friend Alaric the dwarf, and a strange, human man cursed by a witch, Bear delves deep into the mountain's twisted secrets, and begins to uncover some of his family's as well.

Three begins the trilogy of The Bookseller's Children.

Deven Balsam is a single dad, resident DJ at Asheville North Carolina's oldest running gay bar, and new author of sci fi, fantasy, and speculative fiction. He weaves a bit of romance, horror, and spirituality into everything he writes. Originally a Yankee from the New York metropolitan area, he currently lives on a mountain at the edge of 250 acres of Pisgah National Forest, and that suits him just fine.... Read More

Other Publications by Deven Balsam: