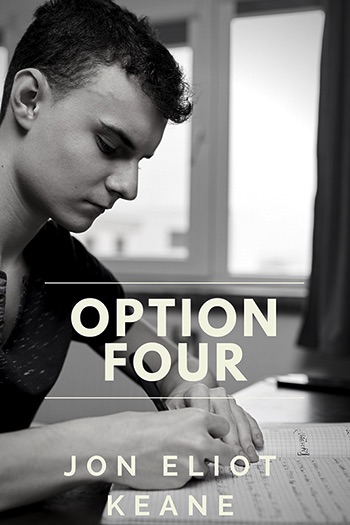 It's 1997, and seventeen-year-old Donn Carhart wants to come out. There are four ways it could go: reject, tolerate, accept, or they'll say 'me too!'

But his parents don't like gay people, and he doesn't know any other gay kids.

After meeting Alex, an openly gay transfer student, and learning a little bit about gay history in the United States, Donn starts the Acceptance Project club at school. The club is about addressing discrimination, and it draws a lot of student members, including Thad - the most popular guy in his class, who just so happens to be Donn's crush.

After Donn comes out, a group of parents try to shut it down as a 'gay club' - a danger to their children and the community. With his family, community, and classmates pushing back on his decisions, will Donn push forward or will he opt out?

Jon Eliot Keane studies people for a living. Sometimes, he writes about them too. He and his husband are owned by an obstreperous tortoiseshell cat, collect books and odd knickknacks, and make their home in Southern California near Los Angeles. Option Four is his first fiction publication.... Read More