Once in the Underworld (Nortown #4) 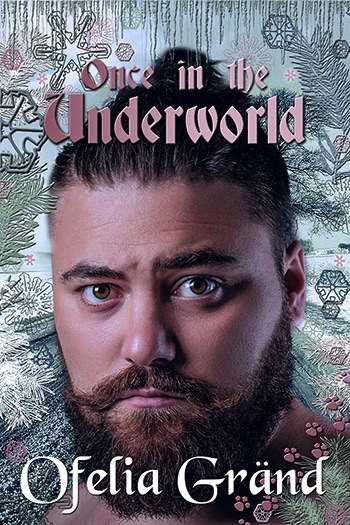 Chris Hart owns the only grocery shop in Nortown, but he isn't exactly overrun by customers. Some days he wonders why he bothers to open the doors at all. Spending his days smiling at the few people that do trickle in and his nights alone in bed isn't the most interesting life a man could lead. But when Chris suddenly gets the excitement he's been craving, it may just be more than he bargained for.

Gabriel Miller loves his life. He's close to his sister, has a job he adores and is the proud owner of one and a half cats. But all of it is taken away when he witnesses a murder and, to keep him safe, the police place him in Nortown, of all possible locations.

Chris can't believe they're letting someone live in his gran's old cabin in the middle of the winter; it's too cold. When the poor man shows up in his shop looking to buy clothes, Chris's heart melts, despite the freezing temperature. Gabriel notices the way the shopkeeper looks at him, but it can't be right. No one looks at a heavyset man with heat in their eyes. Do they?

When the danger follows Gabe to Nortown, it's more than their chance at happiness that is threatened, and Chris and Gabe find themselves fighting just to stay alive.