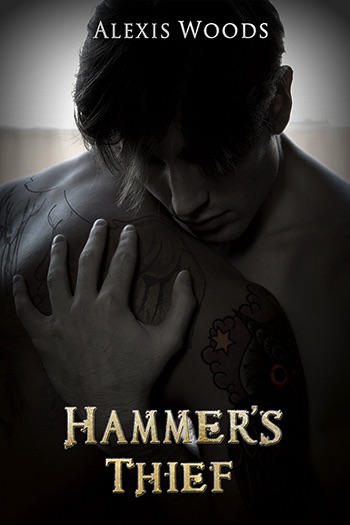 Eight nights to fall in love.

Running away from his foster home at eighteen, Locke struggles to survive the brutal winter streets in Atlantic City. Trust is a fickle thing, and Locke hasn't had much of it. He's worked hard for everything he has. When a helpful security guard takes him in during a Code Blue, Locke discovers that some things are more than they seem. His fantasy becomes reality, but sometimes reality is too good to be true.

Graced by God, Judah Maccabee has dwelt in Yahweh's kingdom for nigh on two thousand years, rising through His ranks to become a leader among the warrior angels. A blessing bestowed, Yahweh has found the one for him. Now Judah has only the eight nights of Chanukah to fall in love with the one who will complete him. The only catch - his other half must love him in return if he is to stay earthbound. But expecting Locke to fall just as hard and fast as he does rebounds in a devastating way.

When egos rule and demons lurk, can these two men pull together, trust in family and faith, and earn love? And can they do it in a single week?