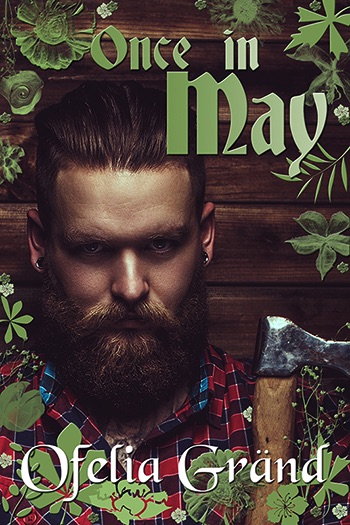 In an attempt to run from his past, John has spent the last few years building walls around himself. He knows the best way to stay safe is to keep people at arm's length or preferably out of sight. During weak moments, he might wish he had someone, but he's not ready. After all, it takes seven years for the body to replace all its cells. He has four years to go before he even can think about being around people.

Zachary is always on the move, always on his way to somewhere. He's going from job to job, from country to country. Contrary to what people might think, he wants nothing more than to find a place to call home, and he knows just where. This time, he is ready. This time, he will stay in Nortown. But when he arrives to buy the log cabin he thought would be his, he finds it inhabited. When he goes to talk to the new owner, he is met by the most beautiful green eyes followed by a door slammed in his face.

John should've known the peace he had found in Nortown wouldn't last. One day everything was fine, the next a mountain of a man starts showing up wherever he goes. All Zachary wants is to be close to the quiet man who has moved into his cabin. If following him around is the only way, then so be it. Sooner or later, John will get used to having him there...at least, if Zachary hangs around long enough.