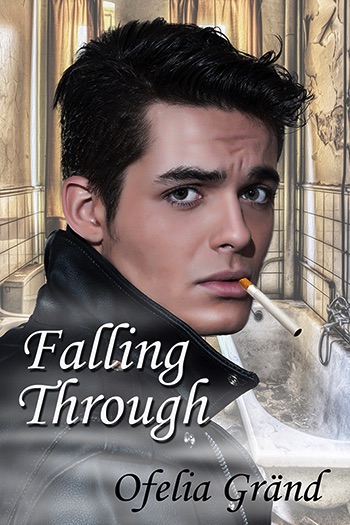 Travis is running himself ragged. He's trying to keep two jobs just to pay his rent. If he has to flirt with some creepy old women at the pub to get a little extra tip money then so be it. One day, he'll have someone special waiting for him when he gets back home from work, or is that too much to ask? Right now isn't the best of times to get a boyfriend anyway since Travis is going mad, but one day... Every so often, Travis gets the feeling of not being alone, and sometimes, he sees things. But he tries to stay positive; maybe there's a strapping young fella waiting for him in the looney bin.

Larry's existence was dead boring until Travis moved in. Now he spends his time watching Travis, fantasising about touching him, kissing him... Their movie nights would be a bit cosier if Travis knew he was there, but sometimes, you have to settle for what you can get. As far as roommates go, Travis is the best Larry has ever had, and it isn't Travis's fault he can't see Larry - no one has been able to since the day he died.

When Travis loses one of his jobs, both he and Larry fear for their future. Larry can't imagine being without Travis, and Travis is desperate to find a way to pay his bills. While Travis searches for a solution to his money problems Larry has to decide if he's willing to risk existence as he knows it for a chance of a better life.