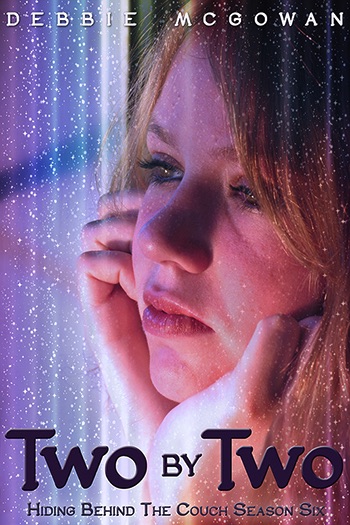 When Libby takes a stand against her abusive parents, Josh and George readily make her a part of their family. However, it transpires that her parents might have been involved in something altogether more sinister, and The Circle has to draw together to protect both Libby and her friend Adam.

Meanwhile, two unexpected guests seek sanctuary in Shaunna and Andy's new home, but that's only a part of it, and they soon realise something is very wrong. Someone is watching them...

All this and more in Two By Two: Season Six of Hiding Behind The Couch.

This instalment follows chronologically from the Christmas novellas A Midnight Clear and Red Hot Christmas.