Tim on Broadway: Season One (The Full Season) 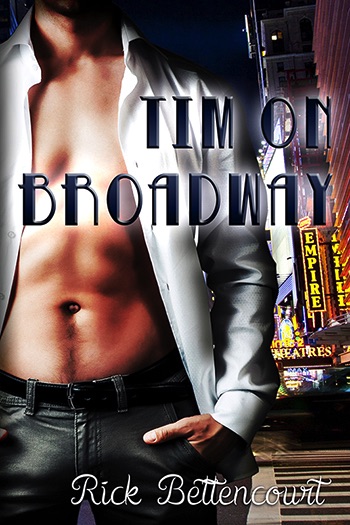 Carolyn Sohier, the Greta Garbo of divas, is giving a once in a lifetime concert that Tim can't afford to attend. Tim - an overweight, twenty-something virgin - regrets lending the hunky bag boy at the grocery store money that could have bought him a ticket. Tim needs to call in his debts, but money isn't the only thing holding him back.

The first time Tim met Javier, he was blown away by the attention. As an overweight, twenty-something virgin, he didn't often - actually ever - get a guy, let alone a hot one, pay attention to him. The problem, Javier is straight; yet he gives Tim mixed messages. Tim can't get Javier off his mind, unless he is pursuing his love for theater - or talking with his best friend, Julia, about the "unattainable" crushes they share on some of the guys back home.

With the Carolyn Sohier concert fasting approaching, Tim struggles to get tickets. If he hadn't lent Javier the money to, well, have his way with him in the beer cooler at the store they worked at together, maybe Tim wouldn't have lost his job, and would be able to see Carolyn perform. But Tim's learned his lesson from all this...or so he thinks.

Rick Bettencourt is the author of Tim on Broadway, Painting with Wine and Not Sure Boys. He lives with his husband and their little dog, Bandit, in the Sarasota area of Florida. Rick originally hails from Boston's North Shore where he learned to speak without pronouncing the letter "r"- and say things like "tonic" when he wanted a Coke, or "bubbler" when getting a drink from the park's water fountain. A few years ago, Rick was adopted by a Cairn Terrier named Bandit. Recently, Bandit moved... Read More

Other Publications by Rick Bettencourt: