Beaten Track has three new releases out today! There really is something for everyone (or all the adults, anyway - more to follow for the littluns in November and December). I'm covering all three in one post for...ease of navigation. ;)

The Sun, the Earth and the Moon by Larry Benjamin

(That 'and' should be an ampersand, but Blogger doesn't cope well with ampersands.) 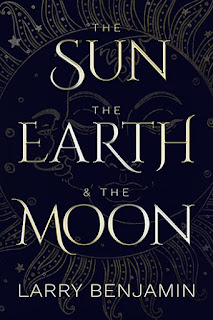 When seventeen-year-old Thomas arrives for his freshman year at the University of Pennsylvania, he thinks he is ready for anything. Anything arrives quickly in the form of Dondi Whyte. Dondi is handsome, glamorous, and rich—everything Thomas is not. Is Thomas really ready for anything?

Thomas falls helplessly in love with Dondi and the two begin a love affair. When it ends abruptly, Thomas is devastated. To make up for breaking his heart, Dondi invites Thomas to spend the summer at his family—s mansion by the sea. There, Thomas meets Dondi’s brother, Matthew, and discovers it is sometimes in an ending that we find our beginning.

This is a revised edition of What Binds Us, previously published electronically by Carina Press.

Author Larry Benjamin and I 'met' not long after his debut novel, What Binds Us, was released (by Carina) and mid-prerelease of Damaged Angels (Bold Stroke Books). I don't clearly recall the ins and outs, but it had something to do with a book we'd both read and loved and becoming friends on social media. At the time, I included books on BTP that were written/published by like-minded authors/publishers, and Larry asked if I would list What Binds Us, so I did. In time, that friendship deepened, and finally (after much badgering by Nige, I suspect), Larry afforded me the great privilege of publishing his other work.

I should backtrack a little and own up to having cried buckets reading What Binds Us, as did my youngest daughter. And then we did it all over again with Unbroken - Larry's second novel - published by Beaten Track. Woot!

Of course, Unbroken also marked the commencement of The Comma Wars, whereby every comma I add or delete is held up and...erm scrutinised by the author. Our in-document arguments have, at times, become heated, but isn't that the mark of a great friendship? We can disagree on Very Important Matters yet remain as close as always.

And so Larry and I have come full circle in a way, with the release of The Sun, the Earth and the Moon, in that it is a revised second edition of What Binds Us, although the first edition was released only in ebook format, whilst The Sun, the Earth and the Moon is also available as a paperback. The revisions expand and tidy up the original text, but the story remains essentially the same.

What I said above about the gallons of tears shed, I should clarify: this novel, like Larry's other novels, is gay literary fiction with significant themes of romance and friendship. There is tragedy too, and I am ever grateful to authors who foreground this at the beginning of the story so I can prepare for the events which follow. However, all those tears are not really because of the sad moments; Larry's prose is beautiful and moving, and if you haven't read any of his work yet, you really should!

Honey and Vinegar: Recipe for an Outlaw by Sossity Chiricuzio 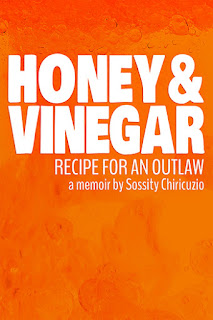 Honey and Vinegar: Recipe for an Outlaw gives an intimate look at how the values and hopes of the 1960s carried through into the queer activism of the 1990s. It's a story told from various locations including ashrams, community housing, and not so great neighborhoods from the middle of Arizona to the middle of Florida, and back again. Exploring issues of class, family, embodiment, sexuality, identity, and agency in an illustrated series of vignettes that blur the lines between poetry and prose, Honey and Vinegar is a scrapbook of resistance.

Long ago, in my rather grim youth, I read one memoir. One. It was The Moon's a Balloon by David Niven. I'm not sure why. I wasn't especially a fan of David Niven, although I found his acting suave and frightfully gentlemanly. But read it I did; almost forty years later, I have absolutely no recollection of it.

You see, fiction is my thing - worlds to which I can escape, and there has been much in my life from which I have needed that respite. Real life can be dark and brutal, and it is most often the worst aspects that are showcased in memoirs and autobiographies.

Thus, you won't find many non-fiction books in Beaten Track's catalogue because, ultimately, I decide what we publish, and if I have to edit the thing then I want to enjoy it.

This means that the few memoirs you will find on BTP are very special indeed, and I'm so proud to share with you Sossity's memoir: Honey and Vinegar. Aside from being a stunning piece of literary non-fiction, I so often during editing found myself thinking 'god, yes, I've been here, and I'm so sorry you went through this too'. This could be any woman's story, any queer person's story, but it's Sossity's, and she tells it with such energy and honesty - the dark and the light - it is as compelling and consuming as any fiction I've read.

On a nuts and bolts level, Honey and Vinegar charts the formative moments in the author's childhood and adolescence, illustrated perfectly by Queeriam's sketches, but my words do no justice. I mean, how dry does that sound? 'Formative moments...' blah, blah, blah. Honey and Vinegar is a vivid swirl of anger and joy and frustration and relief and finding and losing oneself all at once. It is about the roots of Sossity's activism and a whole lot of life experience I wish I'd had (as well as the stuff I wish I hadn't).

(Not an ampersand in sight!) 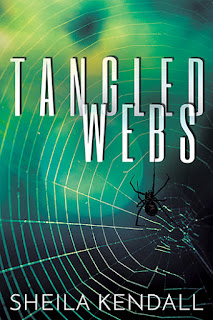 As we follow the threads of Carol’s search, we realise that whatever we do in the past, whatever mistakes we try to put behind us, someday, somewhere, they will come to light.
The past can never be left behind.

This is the third book of Sheila's I've published, and it delights me that she's a genre hopper just like me. Her first BTP novel, Mission Accomplished, was a historical/paranormal mystery/romance; her second book, Deadly Chains, was more a murder mystery. Tangled Webs is a mystery/thriller, and there is a crime element to it, but it's...not really a crime mystery/thriller. There's also some romance, but it's not a capital R Romance, and it's a bit more plot-driven than slice of life. Above all, it's women's fiction, with strong female leads and a smattering of decent men, but this is a story laced with everyday feminism.

And it's one of those novels I want to read a little bit of every day, like it's a big bar of chocolate and I'm pacing myself so it lasts longer - just a taste to keep me going. I suppose that's mostly because of the focus on the characters and their interactions - the tangle of lies and secrets - and the journeys those characters take. It's no secret that I'm a sucker for a character-driven story. I don't even care that much if there's a plot, but I should point out that Tangled Webs does have one.

See, this is the kind of book (and Sheila is the kind of author) that led me into publishing. I once attended an author fair where one of the top literary agents said we should approach finding an agent/publisher by first walking into a bookshop and figuring out on which shelf our book belongs, but that's so restrictive, never mind that it curbs creativity and the freedom to just tell the stories we need to tell.

That's what I love about Sheila's stories. She takes them where they need to go rather than sticking to a formulaic 'insert murder suspect #2 in chapter 8'. She also tells stories about ordinary working-class northerners, which is important because you'd be forgiven for thinking, based on the average British fiction bookshelf, that we're all middle-class southerners.

Are we 'eckers like. Now, where did I leave me flat cap and whippet.


That's all from us…for now.
Please buy, read and review.
We really like it when you do!