It's A Game of Two Halves 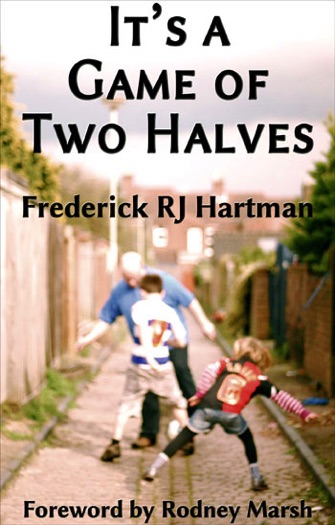 'It's a Game of Two Halves' is an extraordinary story of one man and his love of his team: Queens Park Rangers. But it is also much more than this.

From the lows of losing Queenie - his ally in victory and defeat - to the highs of QPR's long-awaited and unnecessarily torturous 2011 promotion to the Premiership, Hartman weaves an emotional narrative of the life and loves of a football fanatic with surprising ease (for the non-football savvy) and expertise (for those who know and love the game as he does).

Brilliantly funny in places, tear-jerkingly sad in others, this is a book for anyone who loves a good yarn - football-related or otherwise.


From the B10Track Blog...
'It's A Game Of Two Halves' is predominantly a biographical look back at Queens Park Rangers' Championship winning 2010-2011 season, although not in the usual "I went to every game - home and away" style every of other book out there. Supporters like Fred began as youngsters attending all games, but grew up, got married, had kids, and took on huge mortgages. They moved away from the supporting heartlands. Therefore they get their matchday fix wherever they can, be it via internet text commentary, forums, TV, radio or even a friend tweeting live from the ground. Imagine, if you will, a forty-something man in the middle of a packed Costa Coffee jumping up suddenly and shouting "yessssssssss!!!", his spouse and offspring's quickly reddening faces gazing into their gingerbread lattes so intently they now have foam on their noses, wishing the ground would swallow them whole. This is reality for the modern, displaced supporter.

As the title of the book suggests, this is only half the story. The remainder of the book is a biographical meandering through Fred's Hoops-supporting life, with the boring, non-football bits taken out. Even though he chooses to start the book with the passing of a close friend, the caustically dry wit shines through even the darkest of times, which, if you are a QPR supporter, you'll know are many and varied.

A few words from our Fred... Fred RJ Hartman is a short, balding 40 something with a penchant for all aspects of writing and the need for a periodic scotch flush. Name: Frederick RJ Hartman Age: 40 odd Birthday: Annually College: The School Of Hard Knocks comprehensive Major: Never served in the army Favourite Colour: Blue! Favourite Book: Anything with pages Favourite Movie: Anything 18+ and 'arty' Favourite Food: Hey, look at me, pretty much anything goes! Favourite Quote: Ow do... Read More