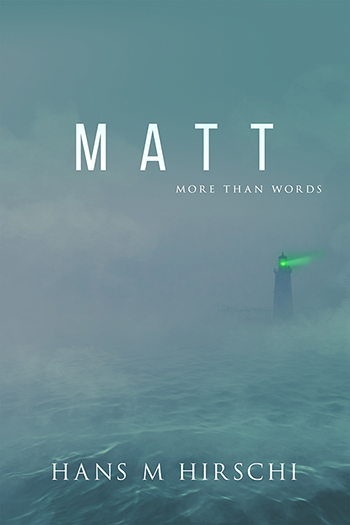 …being locked inside your own body, unable to move at will, unable to speak your mind.

Born prematurely and with complications at birth, twenty-three-year-old Matthew Walker is neurologically injured and diagnosed with severe cerebral palsy. Unable to speak or voluntarily move his limbs, Matt depends on around-the-clock care and has never said a word—most people, including his mother, assume he never will. Then one day, Timmy, a new assistant to Matt’s care team, is sitting at the breakfast table with Matt when he notices a couple of regular taps from Matt’s right big toe. Has Matt finally found a way to break out of his involuntary prison?

Matt–More Than Words is the story of a life without that which most of us take for granted: the ability to communicate. It is a story of suffering, abuse, loneliness, family, friendship, love, hope, and—finally—a green light, a future.


"It is certainly daunting to walk in Matt’s shoes. You might not know anyone or ever have met anyone who has difficulty communicating to the extent that Matt has. But…these people exist.

"I am very pleased to see that a book like this one has been written, highlighting the situation of someone who has been unlucky to suffer such great difficulties with his body."
—Eva Holmqvist, [role], Sahlgrenska University Hospital