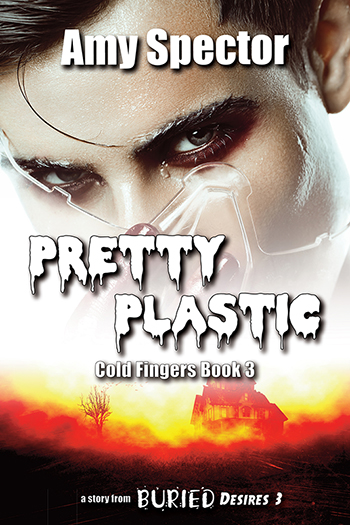 Christopher Minnick is still not a zombie.

When Victor accepts a job with Pretty, a prestigious private hospital, to work alongside the handsome Austen Poole, Christopher ends up with one more thing to worry about. While it might seem like a dream job, there's something not quite right in paradise, and when Vic starts acting strangely, Christopher will stop at nothing to get his man back.

When striving for perfection, you sometimes need to get your hands a little dirty.

Amy grew up in the Midwest. She spent far too much of her time in clubs - gay and straight alike - and far too little time in her university classes. That is, until she met a boy with cute hair and great taste in footwear. Now they live together with a number of small, rather noisy children and a dachshund named after her favorite horror actor of all time. She runs a number of sadly neglected blogs, and even though she has a lovely job that requires her to pick up a camera every now and again... Read More

Other Publications by Amy Spector: