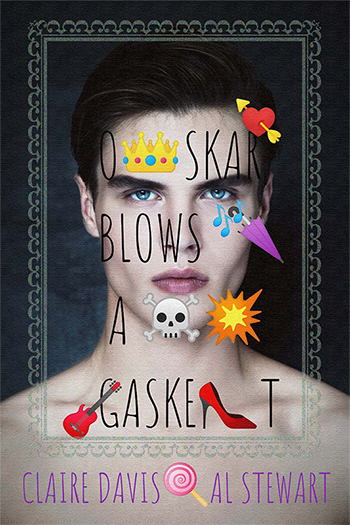 Oskar Braithwaite is bold, brash and gorgeous. Just ask him.

Armed with designer backpack full of make-up and retro music galore, Oskar sets off for college. And, with attitude even spikier than his heels, nothing is going to hold him back. Except maybe one thing...his past is shouting louder than the 80s songs he adores and it won't be ignored. Behind the effervescence are secrets, lies and sadness. Try as he might, not even Oskar can hide forever, and one day it isn't only pop icon Simon Le Bon who's going to catch up.

Who is writing letters? And why is a spy secretly following?

Enter Bear, with dancing eyes and secrets of his own. Bear's kindness sparkles brighter than Lycra leggings, and everyone knows Oskar loves shiny things. Like every prophecy, their fates seem inevitably linked. As the walls of Oskar's defence crumble, Bear shows his hidden strength, but will it be enough to save them?

Find out in this far-out, zany tale of fame, first love and retro DJs.