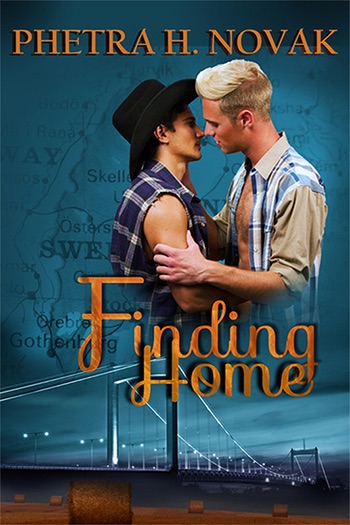 Luca is a first year med student at the University of Gothenburg. He is following in his father's footsteps, something he'd been programmed to do all his life. He lives a sheltered and still life, with no real friends. Luca would love to change that but doesn't know how, since he always feels so odd around other people, like he doesn't quite fit in. There's so much inside him that wants out, like wanting to become a veterinarian more than a doctor. And the fact that he likes boys and not girls. But he doesn't tell anyone about that - not even himself.

In comes Kai, an American cowboy in Gothenburg. He's doing his thesis overseas to broadens his horizons before he does what he has always wanted to do, which is to go back home and run the family ranch. He just happens to see Luca one day leaving class and can't stop watching the shy guy as he waded his way through the crowd with quick, silent steps, and his head down to avoid eye contact with anyone. For weeks Kai watches him from a distance, trying to figure out how to approach him.

Had he known that spilled coffee and slippery, awkward book bags would have gotten him close to the guy, he might have physically bumped into him a long time ago.

Finding Home is a book with star-crossed lovers meeting and the evil of the wicked witch in the west threatening to crush young love's every dream!